The first and the only in CIS grocery shop offering a wide range of the premium-class Korean foodstuffs is now open in Almaty. 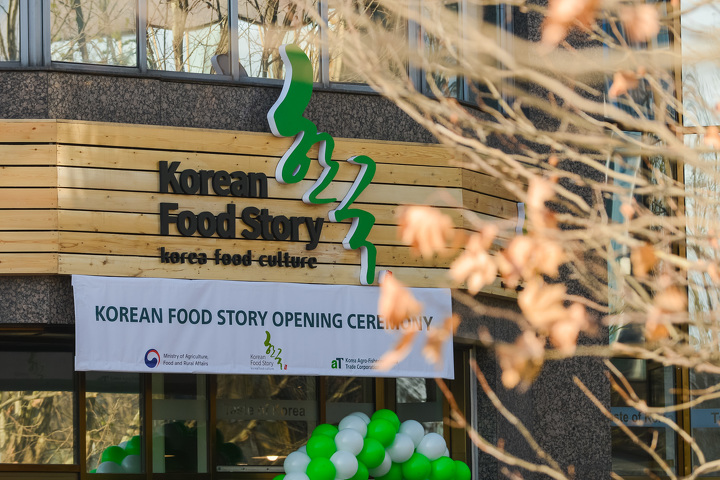 Over the years, “Hallyu” or the Korean Wave has been one of the hottest trends in our country. We listen to K-pop, use Korean cosmetics and travel to Korea without any visa requirements. Our countries share a common history, and so Hallyu in Kazakhstan, tracing back to the times of USSR, is still on the rise.

Joint efforts of the Ministry of Food, Agriculture, Forestry and Fisheries of the South Korea and Korea Agro-Fisheries & Food Trade Corporation have resulted into opening of a new grocery shop in Almaty which offers a wide range of the premium Korean foodstuffs to meet the increasing demand of the Kazakhstani customers for the delicious Korean cuisine.

This initiative has been launched to strengthen the cultural interchange and let all Kazakhstanis enjoy the true taste of Korea. 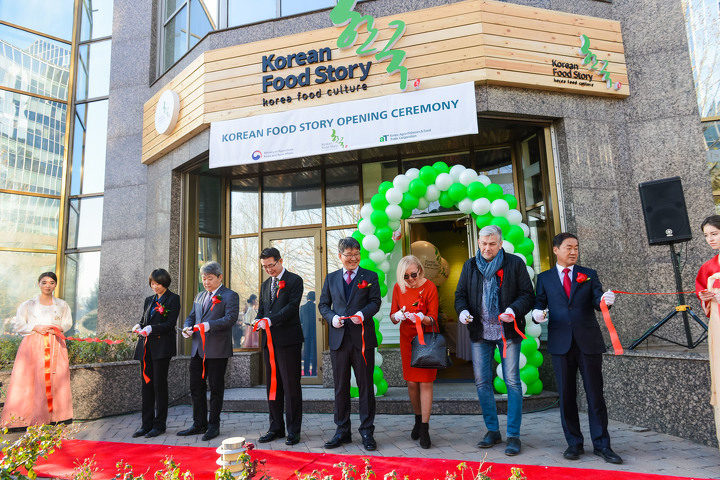 The grand opening of the shop was attended by the President of Korea Agro-Fisheries & Food Trade Corporation аT, Mr. Yo Ying Khong, Consul General of the Republic of Korea in Almaty, Mr. John Seung Ming, acting deputy director of the Almaty Branch of the National Chamber of Entrepreneurs, Mrs. Alma Turlybayeva, President of the Association of Koreans of Kazakhstan, Mr.   Chon Son Wang, and Vice-President of the Korean Association of Kazakhstan, Mr. Sergey Ogai.

- Korea Agro-Fisheries & Food Trade Corporation aT is a governmental agency aimed to support and enhance the overall structure of the distribution of Korean agricultural products.  We are committed to promote Korean commodities overseas, and now you are cordially welcome to visit Korean Food Story and enjoy the best of our food culture, noted Yo Ying Khong.

Korea Agro-Fisheries & Food Trade Corporation aT has its offices in many countries, such as, China, Japan, Thailand, Indonesia, Hong Kong, UAE, USA and France, and it is expected than more branches will be open in Brazil, India, Italy, RSA and Vietnam. 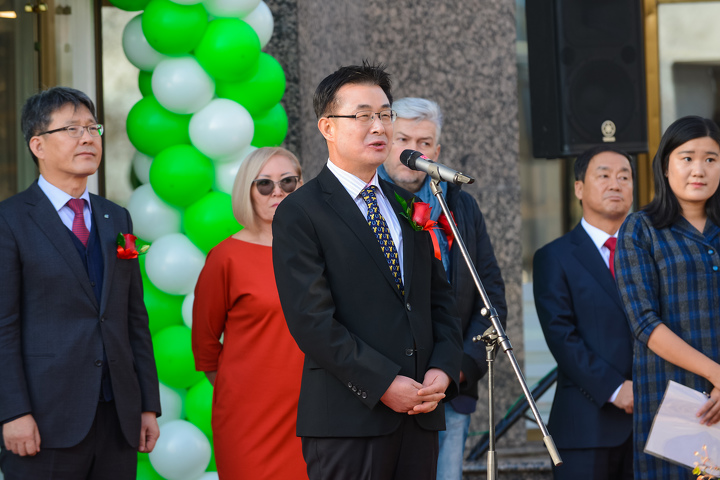 - I am very pleased that opening of this shop coincides with the 25th Anniversary of the establishment of diplomatic relations between Kazakhstan and Korea.  During a fairly short time, our countries have achieved a significant progress in our collaborative efforts. This fact is amply demonstrated by the sustainable growth of the trade turnover from $ 10 mln in 1992 up to $ 650 mln in 2016. I have no doubt that there will be an increasing demand for Korean products in Kazakhstan since from year to year people of Kazakhstan tend to choose healthier and better foodstuffs. 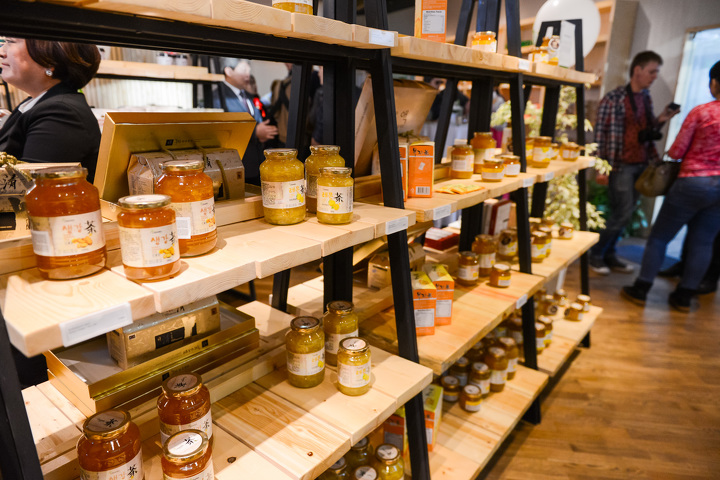 The gastronome has a large assortment of fresh fruit and vegetables, a variety of pasta and noodles, an impressive selection of grocery products and much more. However, the hallmark of the shop is that you can taste any of the national Korean dishes which are cooked and served in Korean Food Story. There is a special menu of business lunches for those working in offices. On top of that, the shop will carry out master classes where you can learn the secrets of the traditional Korean cuisine with the exceptional ingredients all of which you can buy at Korean Food Story. 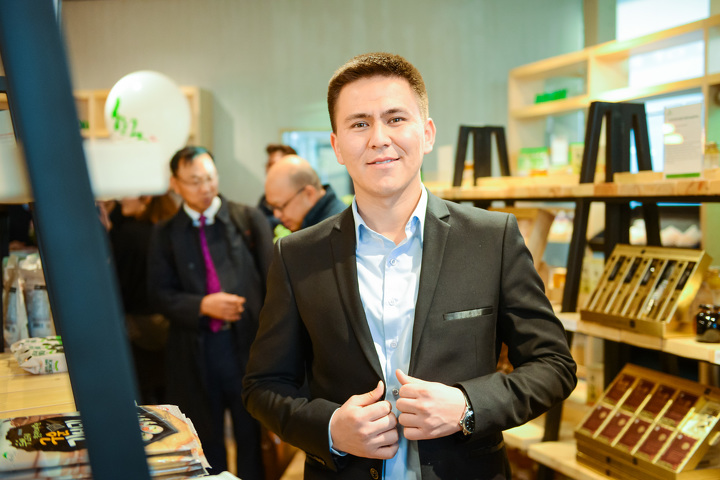 As the regional manager of Korea Agro-Trade Center, Mr. Nursultan Irisov, observed, the brand of Korean Food Story is represented all over the world, but this gastronome in Almaty has become the first within the entire Post-Soviet region. According to Nursultan, Kazakhstanis are quite familiar with the Korean foodstuffs of the mass-market segment, but such premium-class products were not available in Kazakhstan before. However, for Korean Food Story is not enough just to sell products, its first-priority goal resides in promoting the overall culture of the Korean cuisine.

- Our shop provides a wide selection of foods produced by small- and medium-sized Korean enterprises.  Thus, we find partners for those companies in other countries and assist them in building the bridges of cooperation. Let’s say, some Kazakhstani businessman has come to like a certain product offered in our shop and he would like to go for a wholesale purchase, then our company will help in arranging a business contact with that Korean producer. This means that Korean Food Story serves as a show-room for the entrepreneurs of Kazakhstan, - said Mr. Irisov. 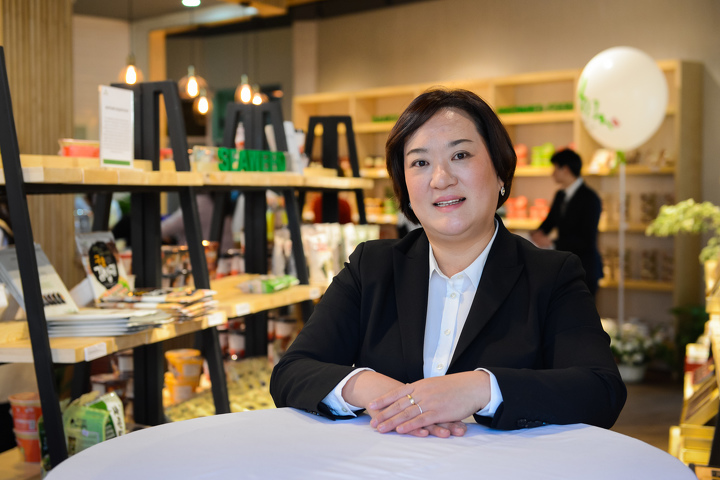 The director of the shop, Mrs. Ro Khun Joe, pointed out that Kazakhstan is mentally close to Korea, and that is why the expansion of the Korean Food Story network started exactly in Almaty.

- Kazakhstan can open a door to other CIS countries. People of Kazakhstan are true connoisseurs of the Korean cuisine, especially in the light of such a large Korean Diaspora in Kazakhstan since Koreans who live in Kazakhstan contribute to the promotion of the traditional Korean dishes in the society, -  said Ro Khun Joe.

The shop operates in a normal working regime. The Company plans to open more gastronomes in Astana and other big cities of Kazakhstan in the most foreseeable future.