Enterprises of fruit and vegetable industry and millers are especially active
Growth of production in industry occurs with simultaneous increase in a number of active market participants, finprom reports.

Manufacturers of food products accelerate output - for the first 5 months of current year enterprises of industry produced products in physical terms by 8.3% more than in the same period of 2016.

This is the most significant growth rate of indicator for January-May for the last 5 years.

Thus, food industry not only recovered after the fall in 2015, but also significantly increased the pace of production. It is to be recalled that in January-May 2015, output in the industry declined by 1.9% in annual terms.

Cost of products produced in food industry in January-May of this year was 517.8 billion tenge, or 18% more than it was a year ago.

Recovery of output growth started last year, however, production growth was recorded with a simultaneous reduction in a number of actively operating production facilities and enterprises. At the end of May 2016, a number of such enterprises was 239, or a decrease of 9% per year.

However, this year new active participants began to appear in the sector, for the last year their number increased by 3%, to 246 units. 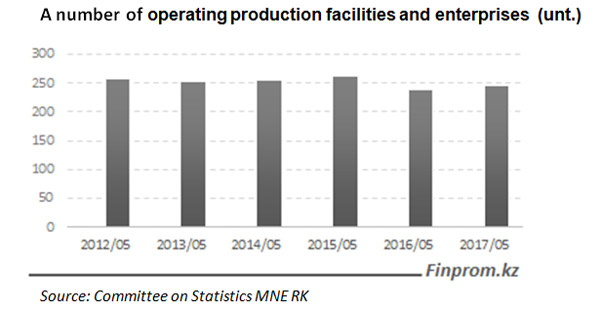 In the structure of food industry, enterprises engaged in processing and canning of fruits and vegetables are most active this year: they increased production by 24.3%, as compared to the volume in January-May 2016.

Flour-milling industry increased output by 17.5%, however, production rates slowed down - for 5 months of 2016 annual growth was 21.5%.

Producers of bakery and flour products increased output by 16.6% this year - volumes increased significantly compared to the situation last year, when in January-May it was produced by 9.5% less than a year ago. 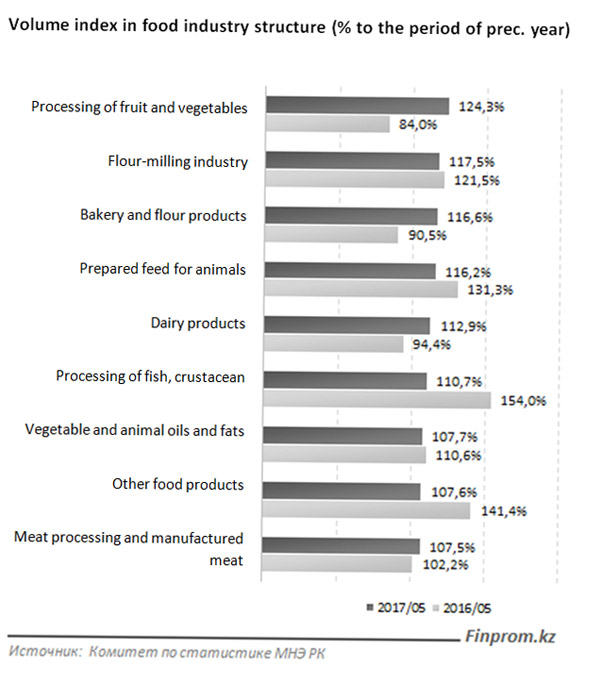 Growth of production displaces imports from the shelves of Kazakhstan consumers - 59% of 46 main commodity items (food products) increased Kazakhstani content in corresponding resources over the year. 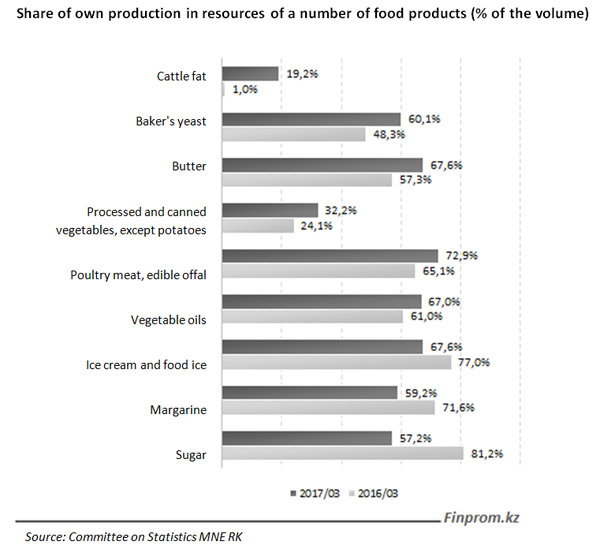