The Ministry of Agriculture of the Republic of Kazakhstan expects to create 25 dairy farms in 2020, set up 2,000 ha of gardens, and build 3 meat processing plants 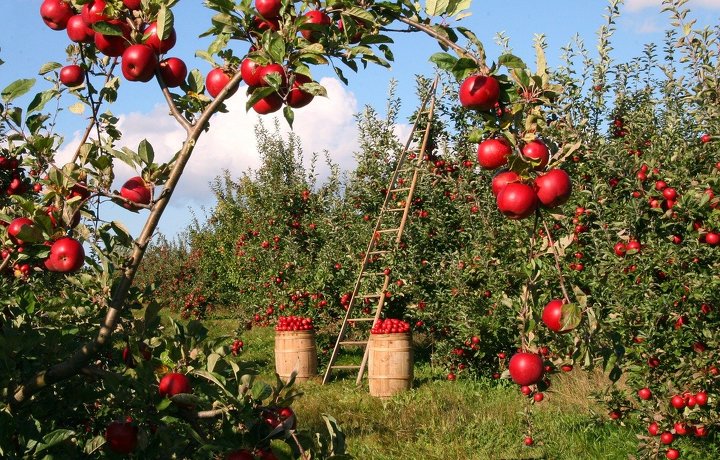 Last week this was announced by the Vice Minister at a meeting of the agro-industrial complex and food industry committees of the Atameken Scientific and Production Enterprise.

It turned out that they are based on new priorities for the development of the industry - to saturate the domestic market with domestic food products, as well as support deep processing.

In 2019, the volume of subsidies to the agricultural sector of Kazakhstan amounted to 357.3 billion tenge, which is 58% higher than the level of 2018. However, despite this, the volume of food production in the country decreased by 0.3%. The decrease is associated with a decrease in the production of fruit and vegetable juices by 39.3%, flour by 13%, margarine by 8.6%, cane sugar by 6.9%, chocolate and chocolate products by 6%, milk powder by 20.8 %, and processed fish by 8.4%, etc.

According to Rustem Kurmanov, the worst situation is with six positions in the list of 30 socially important food products.

Firstly, it is poultry meat. According to statistics, in 2019, 173 thousand tons ($178 million) of poultry meat was imported to the country. Of course, local production is growing, which is shown by the dynamics of import decline (in 2018 - 191 thousand tons).But Kazakhstani producers cover only 58.3% of required volume.

Plans for the current year include the construction of another seven poultry meat-producing farms with a total capacity of 50 thousand tons. They should appear in Almaty, Atyrau, Zhambyl, Kostanai, Mangistau, Turkestan and North Kazakhstan regions.

By the way, it was decided to halve the subsidization of turkey meat production - from 200 to 100 tenge per kilogram.

At the same time, egg poultry farms will be deprived of subsidizing of products. According to previous rules, depending on the capacity, they received from 2 to 3 tenge for each egg. However, the Ministry of Agriculture of the Republic of Kazakhstan took into account the fact that the production of eggs has already closed the domestic market and entered foreign markets.

Nevertheless, egg poultry farms will not remain without state support: the option of subsidizing the purchase of feed at the rate of 7500 tenge per ton is being discussed. They will also be able to apply for investment subsidies in case of expansion of production.

Feedlots are to be one more “injured”.Their activity became the subject of sharp criticism after it turned out that in 2019, 156 thousand livestock were shipped abroad (mainly from feedlots of the Turkestan and Aktobe regions).

And this despite the fact that domestic meat plants are only 30% loaded due to a shortage of raw materials. And sausages in the meantime are another type of food with great import dependence. Local production covers 62% of demand.

The analysis showed that the subsidy rules adopted in 2018 put the feedlots in unequal competitive conditions with meat plants: they received 200 tenge of subsidies for each kilogram of gain.

Moreover, this form of state support was used only by large enterprises included in the Meat Union of Kazakhstan, headed by the ex-Minister of Agriculture of the Republic of Kazakhstan Asylzhan Mamytbekov.

Such a budgetary feed allowed farmers to buy livestock from farmers at a higher price than processors suggested. In addition, there was one more nuance in the rules: the farmer, having handed the goby to the feed site, received another 200 tenge for every kilogram of live weight. When handing over to a meat factory, he could not apply for such a subsidy.

In the new rules, the imbalance is corrected: now the farmer receives his 200 tenge in any case, he sells livestock either to a meat factory or to the feed site. And payments to feedweights themselves are canceled altogether.

To be honest, a reverence towards the Meat Union in the new rules is still made. The subsidy rate for the acquisition of foreign breeding stock was increased from 225 thousand tenge to 300 thousand per head.Since the delivery of heifers from abroad is an adjacent business of large feedlotters, it turns out that they will still be able to count on a substantial budget “feed”.

Provision with local production is also weak for sugar (46.6%), apples (62.9%), cheeses and cottage cheese (57%), fish (60.8%). The principles of state support will also be changed to stimulate these industries.

In particular, corn, rice and cotton are excluded from the list of subsidized crop products. Only sugar beet remains in it - it will receive all budget funds released in this way. In addition, the construction of sugar factories is included in the list of projects that may qualify for investment subsidies.

By the way, the construction of a sugar factory in the Shuisky district of the Zhambyl region with a capacity of 116 thousand tons per year has already begun. The project cost is $150 million US dollars.

As for cheeses and cottage cheese, then the problem also rests on the lack of raw materials. To increase milk production, the subsidy for each heifer of dairy breeds from Australia, Canada or the USA rises from 225 thousand tenge to 400 thousand. And subsidizing each liter of milk will rise significantly: now the standard for different categories of farms will be from 20 to 45 tenge (previously - from 10 to 35).

Gardeners, as before, can count on 50 percent subsidizing the acquisition of elite seedlings of fruit and berry crops.

Thanks to these measures, the Ministry of Agriculture of the Republic of Kazakhstan expects to create 25 dairy farms in 2020, set up 2000 ha of gardens, and build 3 meat processing plants. It is assumed that the provision of the five currently problematic positions will reach 100% in 2024. And only for sugar it will be at the level of 80%.